The Skeleton Twins: What the critics said 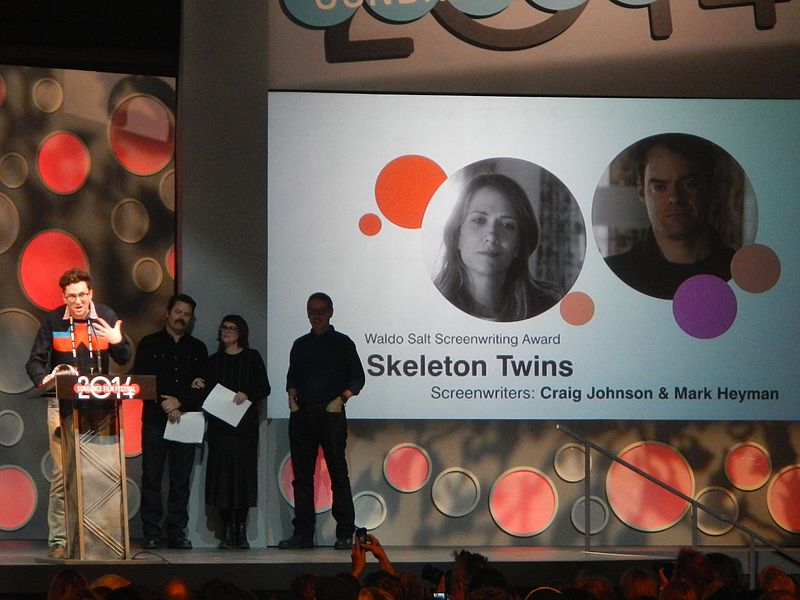 The Skeleton Twins won the Waldo Salt Screenwriting Award at the Sundance Film Festival. It also picked up Best Equality of the Sexes and Best On-Screen Couple at the Women Film Critics Circle Awards. Pretty sweet.

With that in mind, we’re going to have a look at what the critics thought of the film when it first came out in 2014, so you know what to expect at our screening on Thu 17th May.

“This is a watchable, fluent movie; director and co-writer Craig Johnson (who made The Adolescents with Mark Duplass) clearly brought something personal to it, but it could have been his writing partner Mark Heyman, the author of Black Swan, who gave it the sharp edges and corners.”

“Wiig and Hader make this work together through their tremendous chemistry. But this movie asks a lot of them. It asks them to navigate territory that’s both funny and dramatic, light and raw, goofy and brutally honest. And they do it spectacularly. We’ve seen Wiig handle heavier material while still playing to her comic strengths in movies like Bridesmaids, and she does so deftly here, as well. But Hader is just shockingly great. His performance is reminiscent of some of Robert Downey Jr.’s early work, with his ability to rattle off a wry, biting one-liner and still remain lovable, or to ooze bravado and vulnerability in a single breath.”

“The revelation is Hader, even before the irresistible scene where he cranks up Starship’s ‘Nothing’s Gonna Stop Us Now’ and lip-synchs his way through the entire song. He has form at sketching gay characters with winning specificity – see Stefon, his recurring Saturday Night Live City Correspondent who gives the inside track on all Manhattan’s weirdest nightclubs. Milo is self-absorbed, often meanly bitchy, and feels like an actual person you’ve met, got to know, and decided to like, not just an impressively well-rounded movie character.”