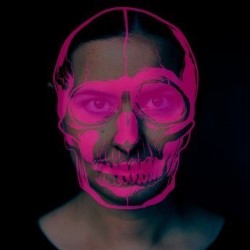 Lyricism, humour and dark, abstract anxiety attacks are all thrown into the strange brew that is Ladybones. You’ll want to drink it all up, though, thanks to Sorcha McCaffrey’s irresistible performance.

McCaffrey plays Nuala, an archaeologist who makes an exciting discovery which, gradually and insidiously, turns into a half real-half imagined symbol of her OCD. She uncovers the bones of a young girl, with whom she becomes increasingly obsessed. Found face down in the mud, she’s an image of hatred and fear Nuala can relate to.

Ladybones uses audience participation in surprising ways. McCaffrey encourages willing volunteers (those who want to get involved get a bright pink sticker upon arrival) to take on roles she should be playing, including both participants in a therapy session: her therapist Julia and Nuala herself. ‘It’s just easier this way,’ says McCaffrey, directing from the sidelines. It’s played for laughs, but this technique highlights the need we often have to disassociate ourselves from talking about therapy directly. Not that Nuala is shy when it comes to disclosing diagnoses. ‘I have OCD, GAD, SAD and depression,’ she says. ‘I’m mad, sad, and I hibernate in winter. Like a depressed squirrel.’

Still, Nuala can’t stop thinking about the skeleton girl. The stark texture of sequins on her sister’s top throws her into a tailspin as they make her think of the scraping sensation of dirt and mud and being buried alive. More and more, she believes she is that unearthed skeleton. Wanting to help look after the fantasy she’s built up of the young girl, Nuala steals her skull.

McCaffrey paces the stage, she wanders in circles and she runs up and down the aisles, often trying to get away from her intrusive thoughts and deep-rooted angst. Panic attacks and full-on breakdowns are soundtracked by cacophonous music and discordant melodies. Parts of the show are a panic attack in themselves. It’s a visceral whirl through a troubled mind.

Ladybones is wild, but it’s also calming. It gets into the head of someone living with mental ill health and mixes up the good and the bad before pouring them out into a melange of hopelessness and hope.