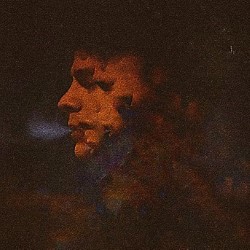 If Mouth Could Speak is just over half an hour of sharp beats, dizzying words, electronica and jazz encircling a young immigrant who is troubled by suicidal ideation. We caught up with writer and performer Timotei Cobeanu to talk about men’s mental health, the importance of speaking up and the beauty of If Mouth Could Speak.

Can you tell us a little more about the show?

If Mouth Could Speak is set in Peckham, London, and tells the story of a young immigrant who confronts the possibility of suicide after becoming isolated in the big city.

It’s an intense, 35-minute new writing piece that mixes scattered monologues, beat poetry and 3D sound design technology and, without giving too much away, we’re basically witnessing a coma-induced patient’s brain as it is recalling fractured memories and coming back to life. Hence the speedy and absurd nature of the writing, which you can expect lots of. There is also a heavy load of stream of consciousness as the piece progresses. But it’s all rooted in a philosophical kind of approach to the subjects, so they’re hopefully engaging enough to keep you pumped. London becomes a woman whom with Danny, our protagonist, unpicks the never-ending hassle of urban life: traffic and pollution, sex, homesickness and isolation. The whole play is actually a conversation between Danny and London as they’re trying to save each other from loneliness and despair.

In what ways does If Mouth Could Speak explore themes of suicidal ideation, bipolarity and mental health in men in particular?

Danny is someone who is deeply absorbed by the idea of death, so the play explores the subject of suicide in quite philosophical ways at times. There is a lot of curious contemplation that he does, in order to figure out if he wants to live or not. But the thing is: there is something really vulnerable about that. That he will literally tell you things that he would not tell anyone but himself while being on a comedown at 4am.

There’s something very scatty and fragmented about the play, and I think that reflects Danny’s constant mood swings. One time he’s making love to a personified version of London, the other he runs away from it all in utter desolation. It’s to do with despair. Danny’s despair comes from a profound dissatisfaction with his inner self and the world around him. What’s different is that instead of internalising it he lets it talk out loud, and I think there’s a lesson in that.

While I was writing the play, I was somehow constantly surrounded by very confident, strongly opinionated male figures, in books, films and real life. And part of me didn’t feel at home in that environment. So I wanted to write a boy character who would be the complete opposite of that. I wanted to write a character who would completely lose themselves on the stage . . . physically, mentally, lyrically. No gender barriers to expression, just a total wreckage of the soul.

How do poetry and music work together to create new ways of explaining and dissecting mental health in theatre?

Music can be an insane substance for words, especially when it comes from such a gifted and authentic musician like Michael Crean, the director and musical composer. There’s something quite remarkable and moving when you play sounds over spoken word. If those words are an exploration of a deeper subject, it can be quite a mesmerising experience because the music helps you tune in to the poetry more; it helps you focus, and it gives the text a whole new meaning. It’s so gripping, suddenly. You just want to listen to it more, to have more of it.

One thing that poetry and music have in common is rhythm. I think about it an awful lot when I write, and so does Michael when he composes. We played a lot with the relationship between rhythm, text and music in performance to create a unique expression of Danny’s scatty, highly anxious states and paranoia.

There are times when words are timed exactly on specific sounds and vice-versa, and that creates a highly sensory experience. I think that level of detail is crucial when dissecting subjects like suicidal ideation and mental health. Not only does it offer a unique perspective, but it’s an accurate representation of the intensity that Danny experiences in those deep, dark moments.

Do you find talking about mental health is easier through theatre?

I think it’s harder to talk about it through theatre in some ways, because you still have to make the subject entertaining and fun and worth watching. But yeah. The challenge is just making sure it doesn’t become a psychology lesson or a philosophy essay, and that it remains a creative exploration throughout; whether through a narrative, words or the physical world we’re in.

In theatre there are no boundaries to what you say and how you say it, so having that freedom of expression matters so much. The subject of mental health needs that freedom so much. This is why in If Mouth we combine things like 3D soundscapes and creative writing to an almost obsessive detail – to create a unique representation of a deeply troubled human being. There is no proper answer to why we feel depressed, or hopeless sometimes. There are clues and indications but no answers. In my opinion, the deeper we dig the more we understand it. It feels quite liberating having a platform like this, where you can reach new levels of expression and then share it with a room full of strangers.

Did being involved in the show help you confront any mental health issues you might have been struggling with?

Probably. I remember being 17 and coming home after school, after studying philosophy for a few terms, and thinking more about those deeper subjects. My mum just randomly asked me, why do I seem so depressed, and I just started crying. It’s because at that time I didn’t know how to deal with those theories and ideas. Like the concept of birth and death, of old age, or God, or faith. I was curious about them despite the fact that they were haunting me. But now, with If Mouth, I’ve kind of faced them. I’ve faced them quite deeply, so I know that they won’t daunt me so much now.

Why should Edinburgh Fringe-goers go to see If Mouth Could Speak?

If Mouth Could Speak is a story that comes from the heart, and we poured our souls into making it real and beautiful. I would love to hear what people have to say about it. It’s a unique piece of theatre, in its form and style, and approach to delicate subjects. I hope it will speak to a lot of people in different ways. It’s also very short, running at only 35 minutes. It all happens in the blink of an eye really; but it feels so alive, the story and the music, performing it, the whole thing. It’s at a point now where it deserves the attention of a larger public.

Yes. Stay in touch with my arts collective @senseassembly on social media. We have a lot of upcoming projects in the pipeline, from new shows to more music-poetry material and others, so we’d love to share them all with you and know what you thought about them.