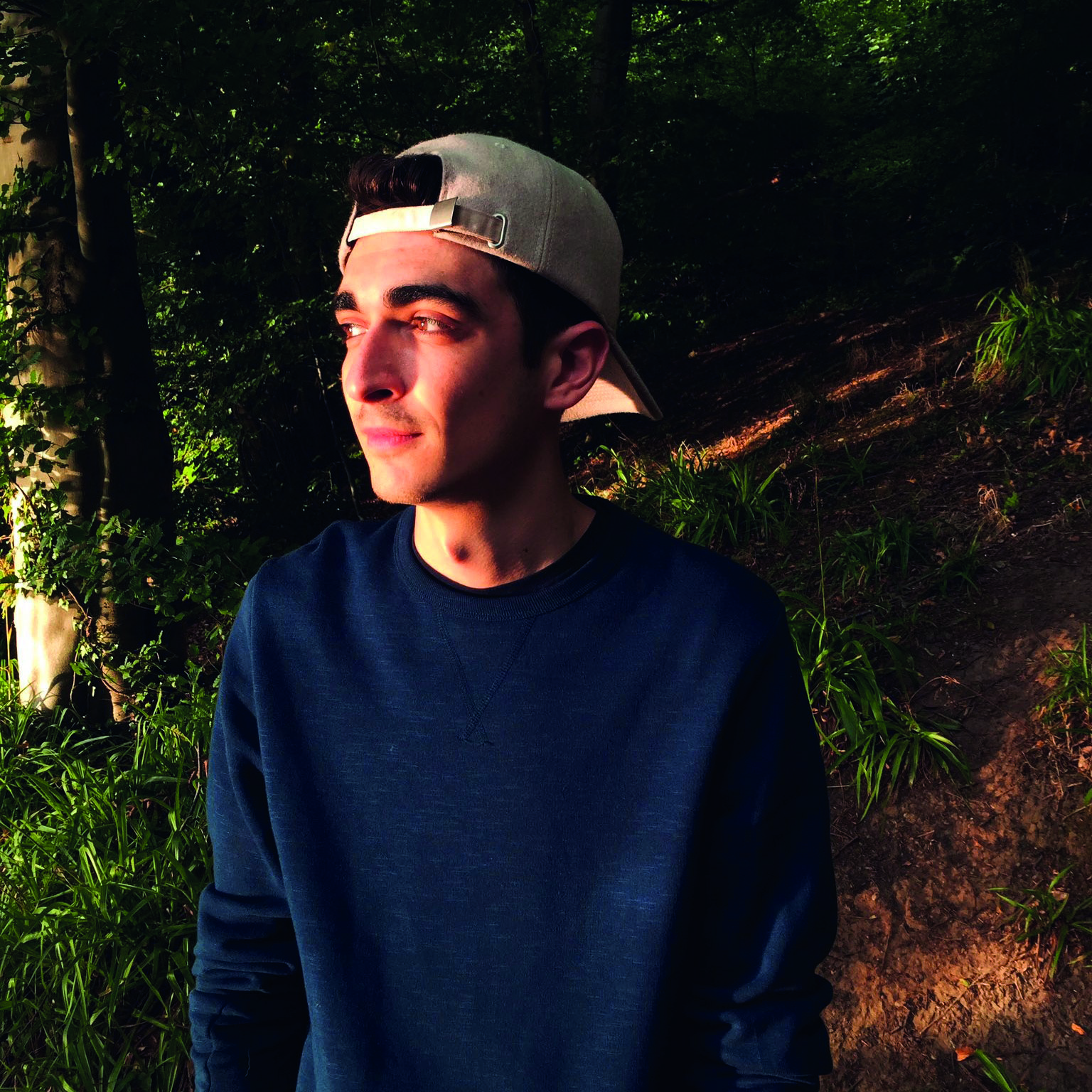 You probably first became aware of Chris McQueer thanks to his ridiculously good Twitter feed. He was writing in secret for a few years, before he began sharing his short stories online. Since then, things have gone pretty well for ‘That guy oan Twitter who writes short stories’. We spoke with him about the darkness that’s often found in his stories, tackling mental ill health, and what to expect from his latest book, HWFG.

How was the process in going from being that funny guy on Twitter to having three books published?

Aye it’s been quite surreal, everything that’s happened over the last two years. I’ve never really been sure what I wanted to do with my life, but being on Twitter and being exposed to loads of really creative people—be it writers, artists or comedians—helped me see that I didn’t have to choose a 9-5 career and that it was possible to make a living doing something creative that you really love. I enjoyed cracking jokes on Twitter and making people laugh. I thought about trying stand-up comedy for a while, but then I fell into writing daft stories. It took me a long time to work up the courage to share my writing with people, but having built up a following on Twitter it felt daft not to use it to get feedback on my writing.

When I put my first story online, ‘The Moth’—which features in my new book HWFG—I thought either no one would read it or people would read it but think it was rubbish. Luckily people both read it and enjoyed it. That gave me the confidence to keep writing and keep sharing my work. It was through Twitter I found my current publisher, 404 Ink. I feel really privileged to sit here now having had two books published and a third coming out in November and it’s mad to think it all came about through just talking nonsense on Twitter all the time.

There’s a darkness behind some of your stories—what’s the darkest subject you’ve ever written about?

A lot of the characters I create have a lot of existential angst built up within them, and I think that comes from my own worries about the future and the feelings I had when I was younger. When I was 15 and about to leave school, I had no idea what I wanted to do for a living, I wasn’t really good at anything and didn’t excel in any subjects in school. I’ve struggled to shake off that wee voice of doubt in my head that says: ‘this writing carry on could all end in a heartbeat . . . and then wit ye gonnae dae?’.  But apart from that I like imagining how normal people would react in extraordinary situations. Like in the story ‘Bowls’ in Hings, I wanted to see how two pals would cope if one of them killed someone. Would they just go to the police and be done with it or would they help their pal, the killer, out? I’ve went a wee bit darker in tone with HWFG and I hope people enjoy it.

How do you feel about tackling darker subjects in your work?

With Hings I enjoyed writing funny, almost slapstick stories and I had a lot of fun doing that, but I wanted to try something different with HWFG. I found the darker stories I was writing were a lot better, in terms of structure and pace, and to articulate the darker themes it was forcing me to become a better writer. I don’t how my writing style will change in the future but for now I’m quite enjoying writing dark comedy stuff.

On social media people often talk about how Hings is the first thing they’ve read since school. How do you feel about the fact that your work is getting a whole group of people back into reading?

This has been one of the best, most unexpected things that’s happened since Hings came out. It’s a nice feeling knowing that you’ve written something that appeals to a lot of people, non-readers especially. I’m chuffed to bits that I’ve got some folk into reading again and I hope they go on to find and support loads of different authors and maybe even have a go at writing themselves.

In terms of men, and in particular, working class men, do you think your books speak to them in a way that perhaps few others do?

I think the book’s been so popular particularly with working class guys simply because I am one myself. I know before I started writing and when I was younger, I thought writers were all old and posh which obviously couldn’t be further from the truth. A lot of it could maybe be down to the marketing of Hings as well, perhaps. I know a lot of books are marketed strangely, and an air of pretentiousness can surround the launches of certain books and authors which puts a lot of people off.

What about things like mental health and wellbeing—how do you think expressing yourself artistically helps with this?

Writing definitely gives you an escape from problems, I’ve found. You can get into a character’s head for a wee while which can be a nice bit of respite. I’ve found writing helps me solve problems in my life, as things tend to sit and percolate through my brain while I’m working on a new story and then when you come up for breath you realise you’ve come up with a solution sort of subconsciously.

Why do you think that more awareness of mental health, and getting rid of the stigma, is important?

It’s good that as a society we’re now more open to talking about mental health now, but there’s obviously still a long way to go. Everyone knows someone with some form of mental health issue and, for me, the next step in getting rid of the stigma is teaching people how to really help out their friends and family who are going through a tough time of it. It’s all well and good saying you’re always there for people, but if and when someone does come to you for help or advice, do you know what to say and, more importantly, are you ready to listen and really hear what they’re saying?

Can you give us a little idea of what we can expect from HWFG?

The stories in HWFG are a wee bit different from the ones in Hings. The new stories are generally longer, with a handful of shorter ones scattered through the book to break things up a bit. Writing the longer stuff gave me loads more room to play about with characters, develop longer plots and, I think, it’s made for richer, more complex, hopefully funnier and interesting stories. I’ve played about with different genres and there’s elements of horror, sci-fi and magical realism all mixed into this book and I really had great fun writing it. I really hope people enjoy it.