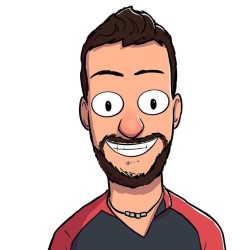 It’s an interesting point. While people are definitely more open to talking about it, sometimes the terminology isn’t quite right. It is, however, a step forward from when, 100 years ago, we used to pay to see the mentally ill (‘then we created the Free Fringe’, Chawner smirks).

Chawner lived with anorexia as a younger man. ‘But, you don’t look anorexic’ is a phrase he’s well acquainted with. Similarly, fat to mean ‘bad’ and thin to mean ‘good’. Similarly ‘plus-size models’. Why can’t you be both fat and beautiful? Why can’t we just call them ‘models’?

Being told he didn’t ‘look anorexic’ led Chawner to relapse and spend another two years battling his weight and self. He speaks openly about being confused about his sexuality: he’s a cishet man, but his eating disorder meant his body stopped producing as much testosterone, so he’s used to being considered ‘camp’ or ‘feminine’. Anorexia was a numbing force on his emotions as relating to self-image: starve the body, starve the mind. Anorexia helped him not have to think about it.

Chawner speaks like he’s talking to a bunch of mates; he’s a ball of energy. He’s also important proof that talking about mental illness needn’t be limited to melancholy. His set is peppered with funny asides that, crucially, aren’t always to do with mental illness. His analogy for emotions versus mental health is great: emotions should be like your weather – they will change frequently. You mental health is your climate – this will be steady. His main advice is: look out for the signs that your climate might be off.

Chawner’s a consummate comedian, so you’re safe in Mental’s hour of jokes, anecdotes and self-care tips. When discussing the way to arm people with the right language to talk about their mental illness (or health), he’s on top form.

Read our interview with Dave